THE MEMORY OF FLIGHT

Debra Bowling grew up in Northeast Alabama with a love of books and writing. After graduating from The University of Alabama with degrees in social work and criminal justice, she worked in the community with issues such as domestic violence, runway teens, child abuse, and other areas while also writing articles and stories, taking photographs, and producing video documentaries. She was a Finalist in the 1989 Home Town USA Video Festival for Stories of Survival, which was also screened by Amnesty International and Image Film & Video the same year. Her documentary, Walking Without Music: Raymond Andrews and the Storyteller's Tradition, was purchased by Emory University to include with Andrew's papers and books in a special collection. The Atlanta Bureau of Cultural Affairs awarded Bowling a grant in 1991 to complete Three Southern Writers, video documentaries of authors Tina McElroy Ansa, Terry Kay, and Sara Flannigan. Bowling's first novel, The Memory of Flight, was published in December 2014 and was awarded the 2015 Georgia Author of the Year Award for First Novel by the Georgia Writers Association in June, 2015. Story Circle Book Reviews awarded it five stars in a review in June 2016 and an editor's pick. 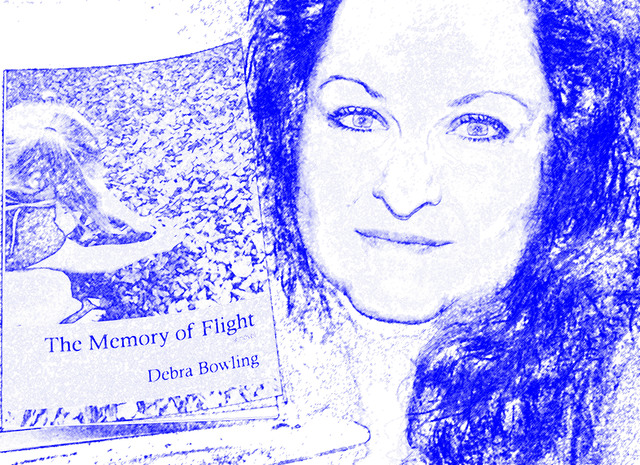 Debra Bowling holding a copy of The Memory of Flight

(Except from the Julius J. E. Thompson Newsletter)

JET: Do you have a current novel in publication? Describe.
DB: My first novel, The Memory of Flight was published in December 2014 by Little Feather Books (New York) and received the 2015 Georgia Author of the Year Award for first novel. Story Circle Book Reviews gave the book a five star rating and review (Amazon and Goodreads) and featured it as an editor’s pick for two months running in their newsletter.

Writing this novel required many years of work – I made major changes three times, and did much re-writing and editing. I often think a simpler book might have been an easier first novel, but my passion for telling this story kept me writing and editing. It started out as a series of short stories of Marilyn, who in her young adult life begins to hear voices. It became apparent later that it was a novel and still later it changed again when a second point of view character, Ginny, was added.

The story opens in rural northeast Alabama in 1960 when Marilyn, depressed and pregnant with her third child, attempts to jump off the Guntersville Bridge. She soon moves away from her husband with her children to her parent's farm, where her tiny house becomes both refuge and prison. Ginny, six at the time, is puzzled by her mother's cold harsh behavior and finds comfort in her grandmother and eventually in her father’s old brownie camera. She soon becomes obsessed with the pictures she takes while Marilyn's mental health continues to decline. After high school, Ginny escapes to college with the belief that she is free from her difficult childhood only to find that her photographs has drawn her into a murder that forces her to face the past.

JET: Describe your daily routine as a writer?
DB: Since I work full-time, I generally follow advice given in the book, The Artist Way, and look for all the small actions I can take toward working on the book during small time breaks while also scheduling larger chunks of writing time. It requires that I safeguard my free time, which is difficult as I tend to like to hang out with friends and family, work on various art projects and read. I can really get jealous of my retired friends who have time to read many books every month.

I started research on my second novel back in 2015, shortly after Flight came out. But the work stopped after my much beloved, younger brother died. I continued to take small steps to work on the book, but the grief was really tough, and then a few months later, a personal major health issue took more time to adjust to as well. I found I was able to work on poems, essays and research, but not the novel. But once I recently started writing again, several small components of the story changed as a result of what I had been through. And I’m finding myself ‘falling in love’ with this story, much as I did the first novel. I do believe that all the events we experience as people – particularly the profound – whether experienced as pain, joy or even simply acceptance, serves our art, our writing, if we are willing to dive into the abyss and experience the whole thing again through our characters.

JET: What inspires you to write your books?
DB: Stories inspire me. But primarily stories driven by big, full characters. I often don’t know all the twists and turns of the stories until the characters play them out in my head. I worked for years in social work, which allowed me to see many people in crisis and in difficult situations, which is helpful in seeing the emotion all of us have in life. I think stories is how we become more understanding to each other – even empathetic, which helps to drive a greater sense of humanity and living together.

JET: When did you consider yourself a writer?
DB: I knew I was a writer at about age eight, typing out short stories on an old manual typewriter outside under the pecan trees. But as I got older, I did not believe I would be able to write fiction for a living – it seemed too far-fetched for a child on a farm in rural Alabama. I was also a budding photographer and then after college, I discovered videos – and produced many, including a few on southern authors. It was always about telling stories through words and images, some documentary and some imaginary. I also grew up in a difficult family situation and was drawn to psychology and sociology, which led to a career in social work and then to fundraising and proposal writing – another way of telling stories of people in need.

When I was scheduled to speak at a library which was well publicized, I noticed a few days prior that a man following my Facebook Author’s Page was forwarding all my past posts with a short comment to his followers, over and over – about 45 times daily. After I spoke at the event, a young man approached me and in a difficult to follow conversation, expressed gratitude that my story included a character that heard voices. He had drawn my picture from the posters on display and wanted me to have it. After he left, he shortly returned and stood in line again while drawing on a letter-sized pad. He said God told him to draw another image and give it to me. It was a heart pierced with a sword.

At a second book signing at a large book club, the hostess prepared food for the members based on some of the food described in my novel, which I found delightful.

JET: What would you say is your most interesting writing quirk?
DB: I argue with myself about whether to start off writing in long hand or on the computer. I love a fresh pad of paper and gel pen – I love to see the writing formed on the page. It invites me to write. But once ideas start coming, I can’t keep up while writing in long hand. I always fear if I don’t quickly get the draft of ideas and thoughts out quickly, I will lose my way and the train of thought. It’s a bit like the whispering of the characters. Usually the computer wins unless I am stuck or just starting a piece and trying to get the right starting point.

JET: What is the next exciting story you are writing?
DB:My new novel, Scarecrows at Night, opens in 2002 when a metal artist, close to 80 years old, meets a great niece she didn’t know existed. She is convinced to tell the family story to this strange young woman because it feels like the right thing to do but to also learn more about the young woman’s father who disappeared twenty five years previously.

JET: Who are writers that have influenced your writing style?
DB: There are so many books and stories I think of when writing – so I’m sure I will leave out many that have influenced me. But there are some that made me want to write – some kind of communion with their work. At the top of the list is a book of short stories by Alice Walker, In Love and In Trouble. Others include Surfacing by Margaret Atwood, Their Eyes Were Watching God by Zora Neal Hurston, She’s Come Undone by Wally Lamb, Song of Solomon by Toni Morrison, and Waiting: A Novel by Ha Jin. 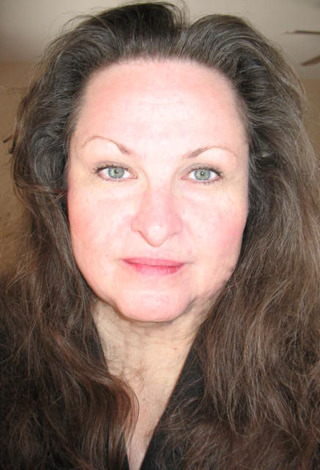